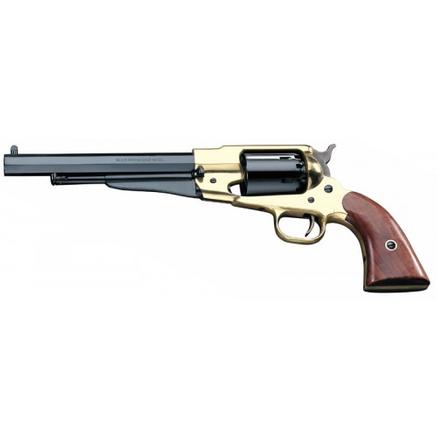 The manufacture of firearms by Remington goes back to 1816 when Eliphalet Reniington produced his first guns in Ilion, New York. Thanks to the talent of his designer, F. Beals, in 1858 he patented and started production of a revolutionary weapon: the 1858 NEW MODEL ARMY .44 cal. As it happened for CoIt, also for Remington the Civil War represented a significant turn. Federal Government granted to "Remington & Sons, Ilion, N.Y." license to develop and change the initial project. These guns became the veterans of the Civil War. They were appreciated for the strength of their rugged frame, and were ideally suited for the heavy .44 cal. loads and for their shooting reliability and accuracy. 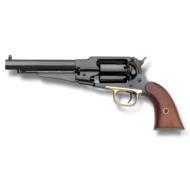